UX Design Sprint
Project Overview
Shopping at thrift stores and antiques stores can be confusing, particularly in the way things are priced. How do you know you're getting the best price? Aunti is there for you by bringing together price history from the web and other Aunti users so you can know when you're getting a deal.

This was a great challenge, and I was excited to have the opportunity to apply much more user research and testing with this project than other projects in the past. Even the breifest testing at every step saved me from wasting my time I was able to stay on scope and deliver a minimum viable product that users enjoyed. I was able to experiment with some simple animations to add user delight and was excited to make a product to solve a problem that I personally have.
Roles + Responsiblities
Roles: UX Design, UI Design, UX Research
Tools Used: Figma, Adobe Xd, Illustrator, Usability Hub, Zoom
Deliverables: Target Audience Report, User Personas, User Flows, Sketches, Wireframes, Paper Prototype, Clickable Prototype, User Testing Summary, Summary of Findings
Jump to Section:
Problem/SolutionResearch/Discovery
Information Architecture
Branding
User Testing
Next Steps
Clickable Protoype 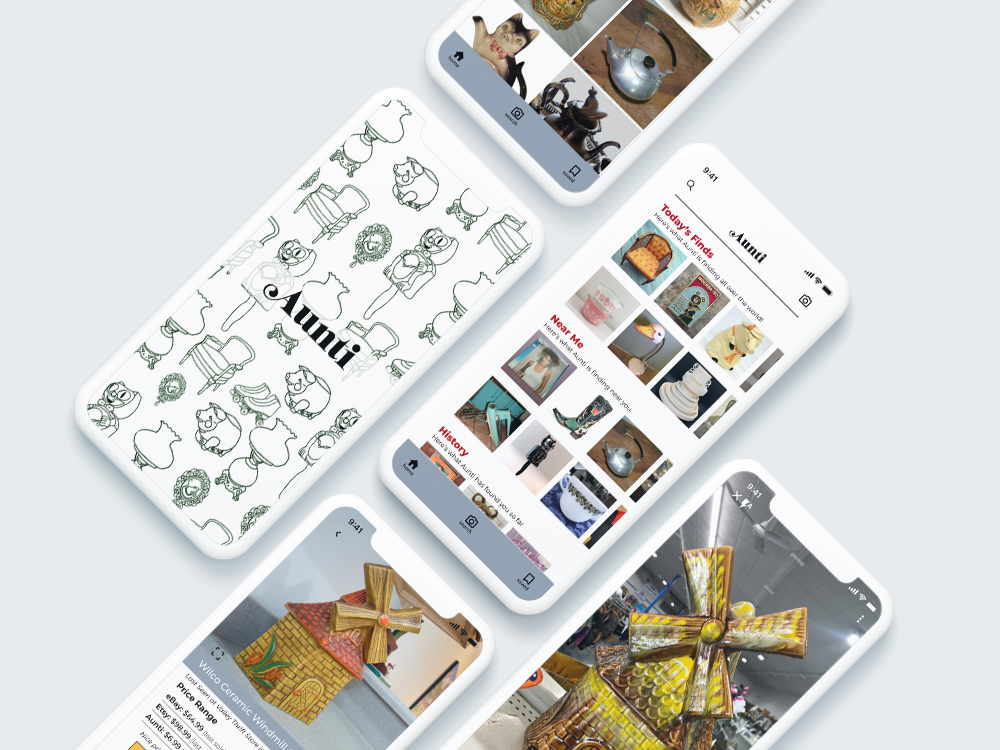 Problem: Second hand shopping can be confusing, especially pricing. Some items have no price, others have prices that seem almost random (and at a lot of thrift stores, they are.) How can we get shoppers the information they need to make smart decisions?
Solution: Aunti (think aunti-ques) is an app that lets a user look up the price of an item at a second hand store and get a range of prices that item typically sells for. With Aunti a user can look up the price of an item with text or camera based visual search based on the Google Vision API(great for an item that you may not know the name of) and receive prices from online reselling platforms (eBay, Etsy, etc) as well as user reported prices.
Problem + Solution
Apr 2015 — Mar 2016
Apr 2015 — Mar 2016

After the competitive analysis, I ran a user survey for 3 days and was able to find 59 participants. The survey was a Google form I shared in various secondhand shopping groups on social media. The screener questions were simple, participants just needed to be over 18 and have shopped second hand at least once in the past year

Shop second-hand to save money

I had the opportunity to interview five of the survey participants and we met via Zoom for 30-45 minute sessions. We discussed shopping habits and preferences, technical preferences, and the information they need to feel comfortable about making a purchase. Some highlights from my discussions:

Results from the user survey and interviews as well as market research allowed me to determine our three main competitors. Studying these other apps would allow me to gain insight into the user’s mental model of a transit app as well as see which features we should emulate, as well as those which were missing.

Global as opposed to local
Small images/cramped UI
No way to compare prices
Search feed shows unavailable/sold items, especially in sorted searches
Lenghty onboarding process before you can even search for items
Many notifications after creating an account

After my user survey and interviews, I funneled that information into these user personas, representing the target audience 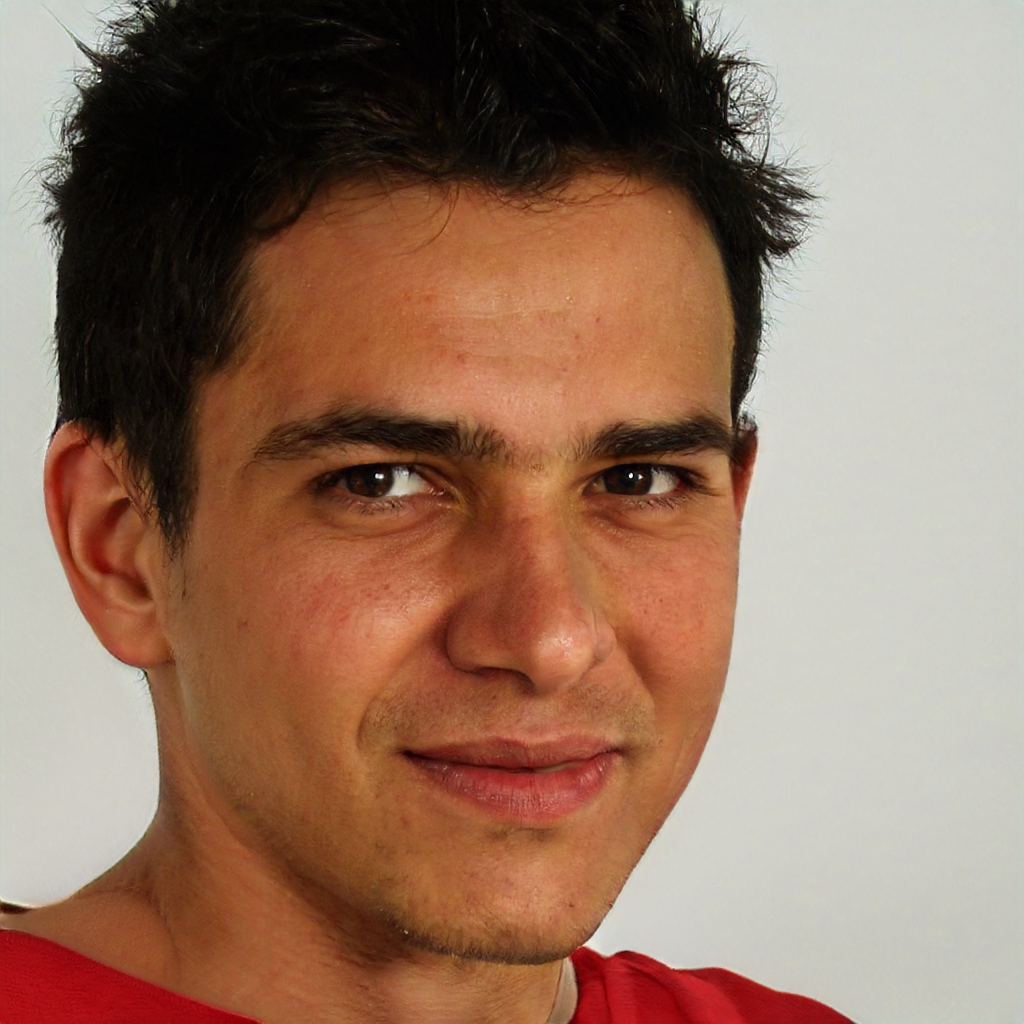 Daniel is a designer that loves using vintage pieces in his interiors for his clients. This expertise gives him an edge and helps him stand out from other designers who have to rely on contemporary items. He is also an avid collector of antiques and records.

Sometimes sellers think items are more valuable than they are because they have no experience with them. 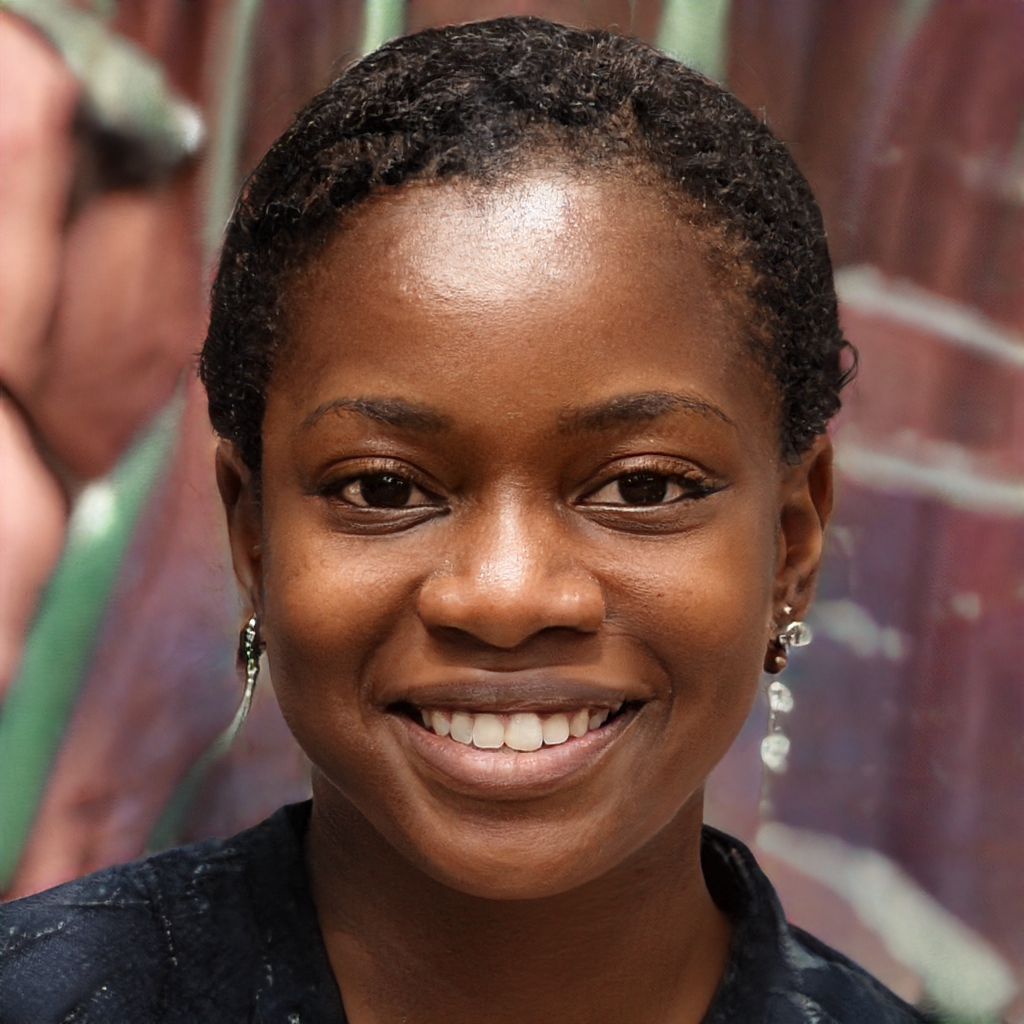 Natasha is an art student who shops second-hand not just to protect their budget, but also to find interesting materials for their art projects. Thrifting lets them find materials that would be too expensive new, and helps their work stand out.

Get what they need under budget.

Hard to tell if something is a deal. 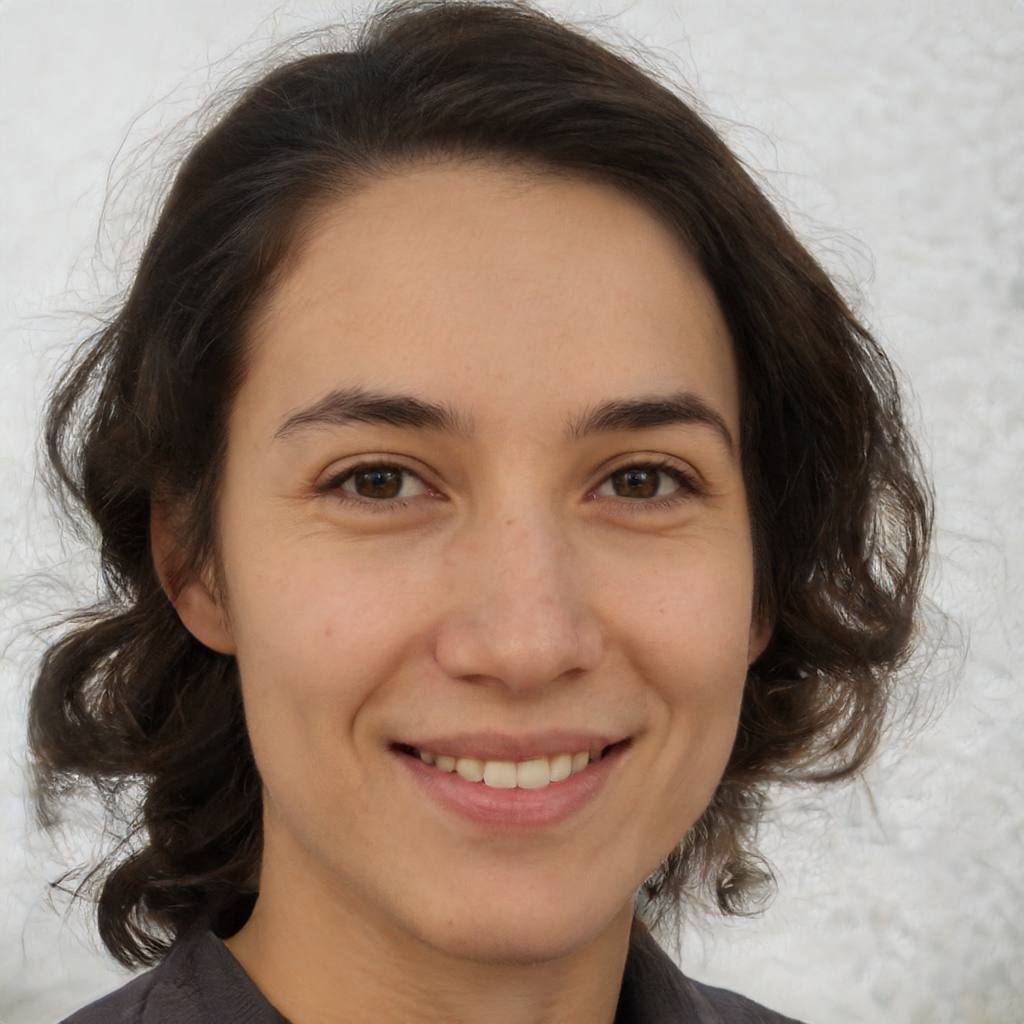 Dana is a busy mother who loves her family. They are often doing DIY projects together and love to garden and cook organic foods. Dana loves to second-hand shop to reduce waste and fit in with her family’s green lifestyle.

Get as close to a zero waste household as possible.

Sometimes Dana has to go to several stores to find an item she needs.

In order to stay within the scope of the MVP, I generated these User Stories, which prioritize important features for the app that align with the users' goals.

A user flow begins the process of converting our research into actionable screens. I separated these flows into specific actions that users would undertake to reach their goals. 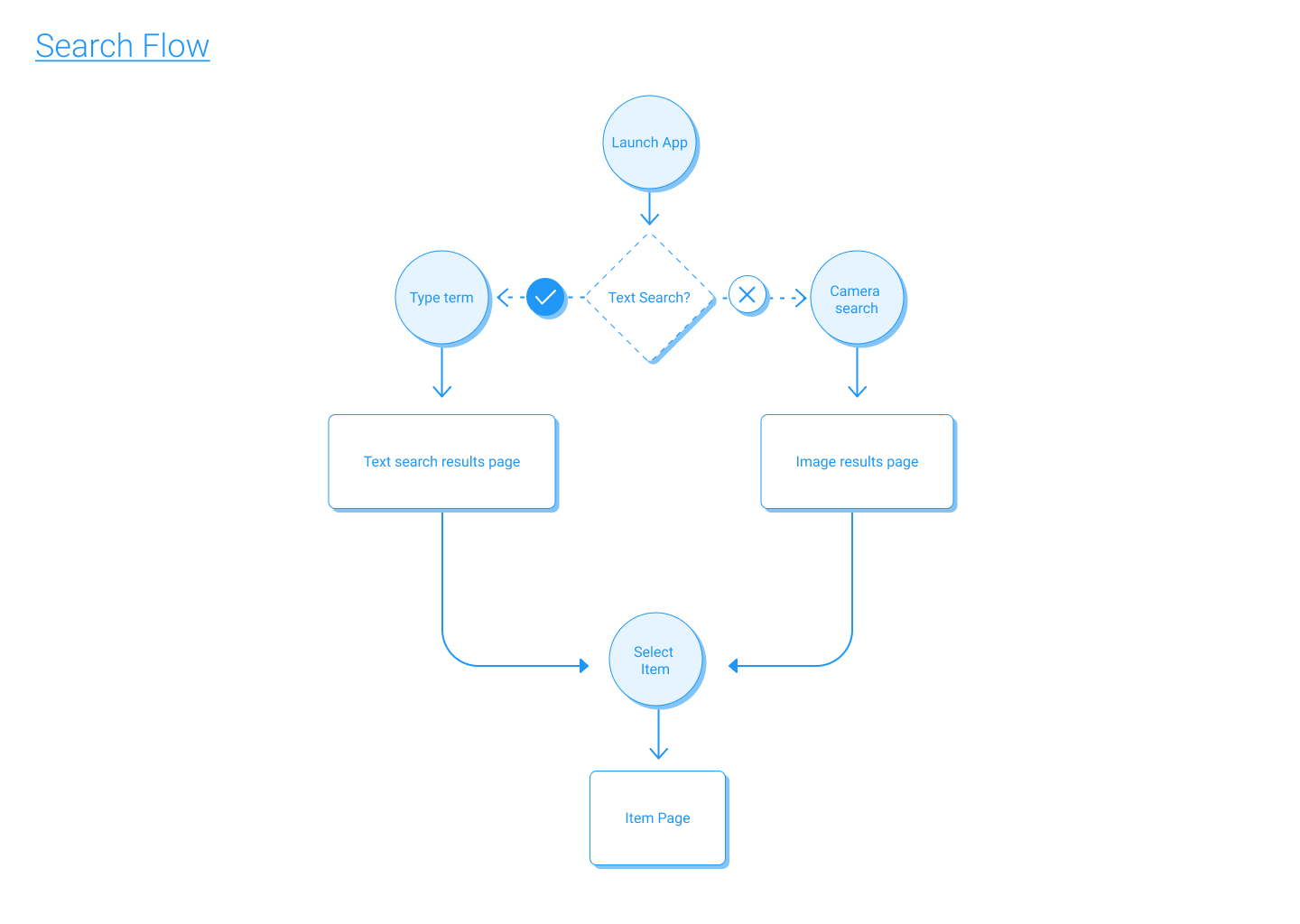 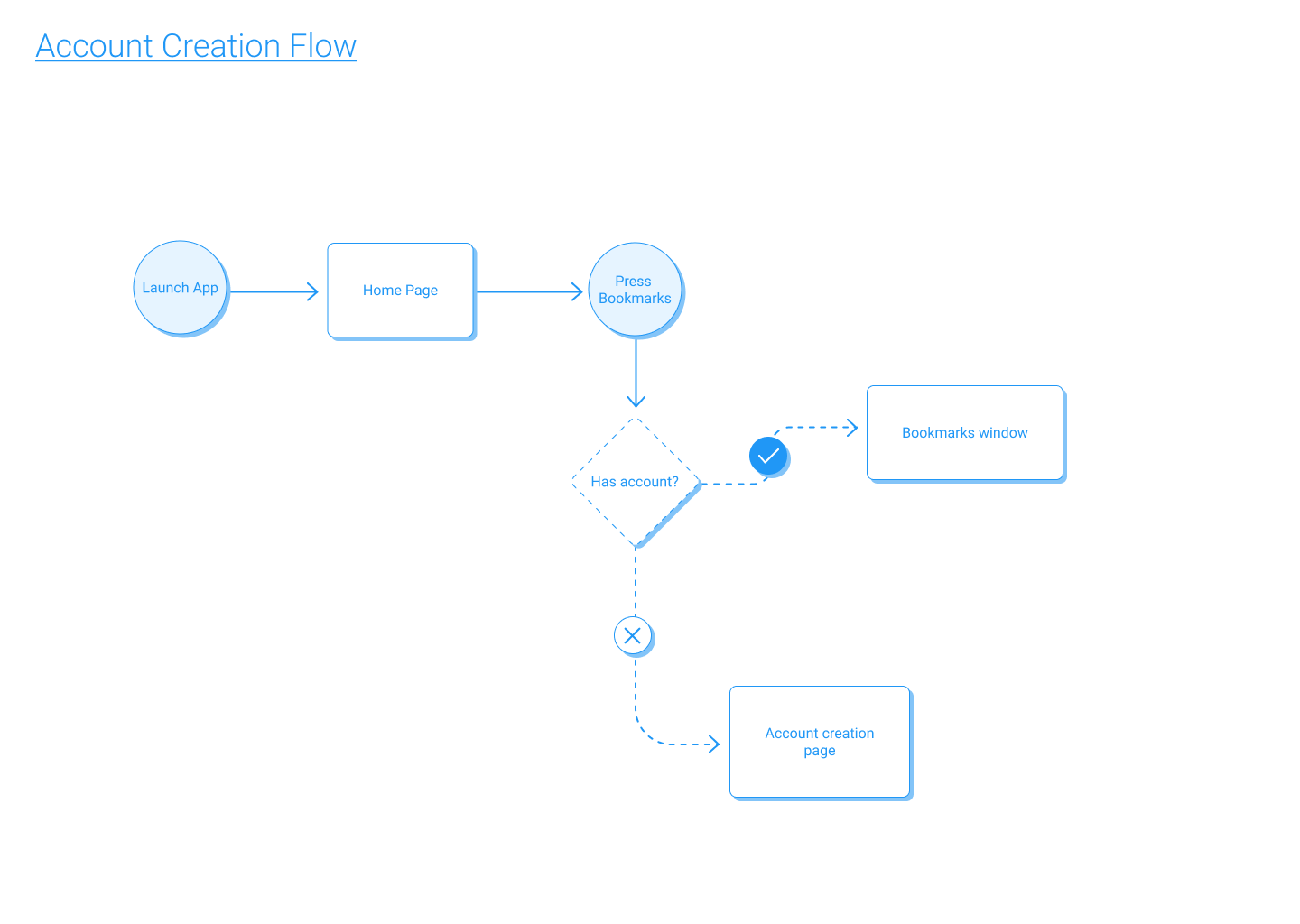 I created some rough sketches based on the user flow diagram which allowed me to test the flow and experiment with some basic layout choices. Using this template was perfect for keeping my sketches in proportion and also allowed me to make a rough paper prototype for a basic usability test before I even digitized the wireframes. 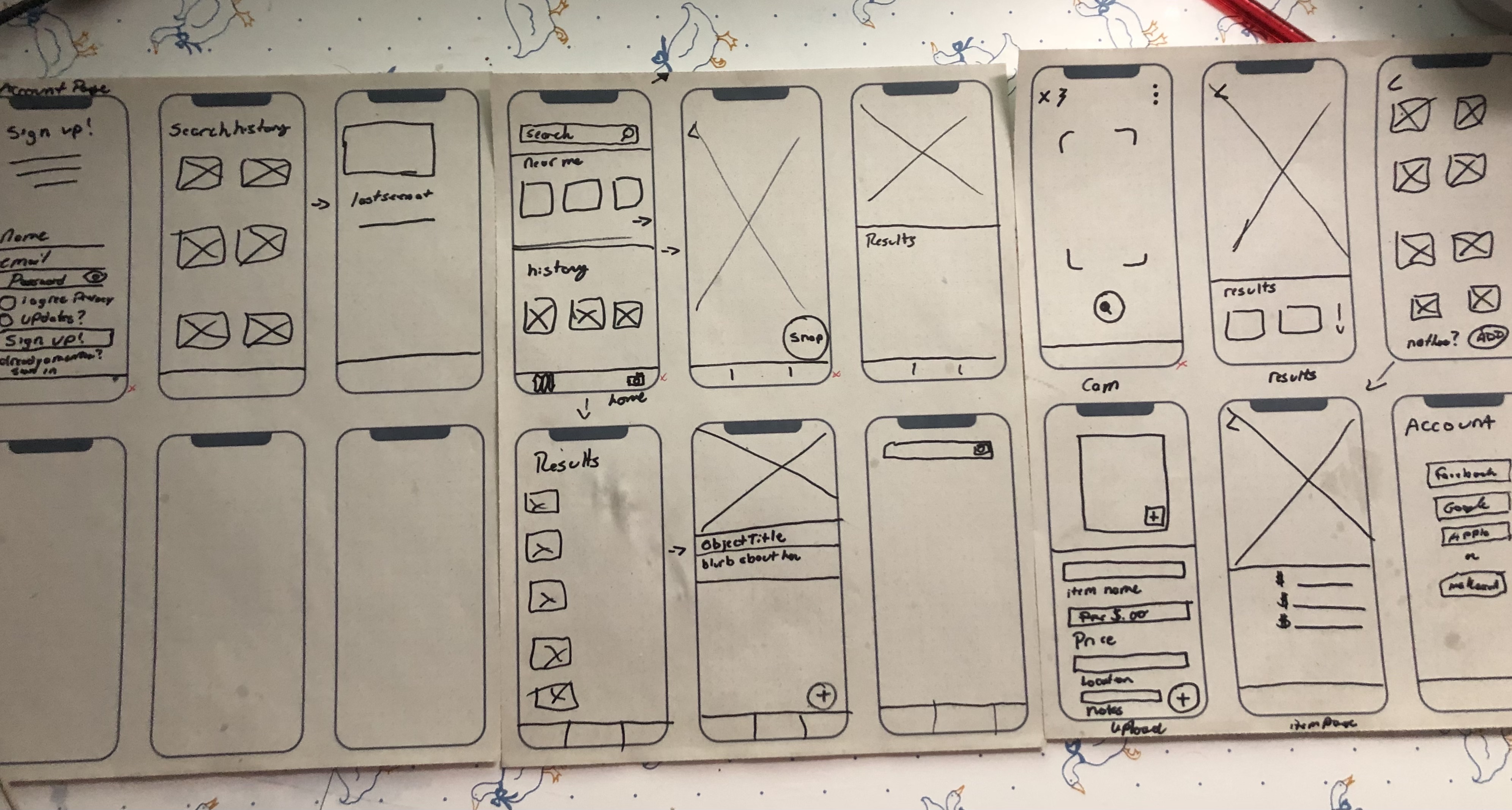 Sketches were used inform the creation of wireframes in Figma. These wireframes serve as the foundation for the future UI and allowed me to conduct some user testing on key features early on, which saved me a lot of work in future iterations.

The onboarding that was a part of the wireframes was moved into a new flow that made it a function of wanting to save an item or add an item to the database. User testing indicated that users wanted to be able to see exactly what this app could do for them without having to go through a sign up process. Once the app was able to help the user, that trust would encourage them to sign up and contribute.

I envisioned the app being as legible and accessible as possible, aiming for a very clean interface that would allow the constantly shifting data to shine through, especially in the chaos of the thrift store.

I created a moodboard based on the environment of secondhand shops coupled with ideas of reuse and sustainability. Primary colors with darker tints give the app a vintage but friendly feel. These colors were cross checked against WEBAIM color standards for accessibility. 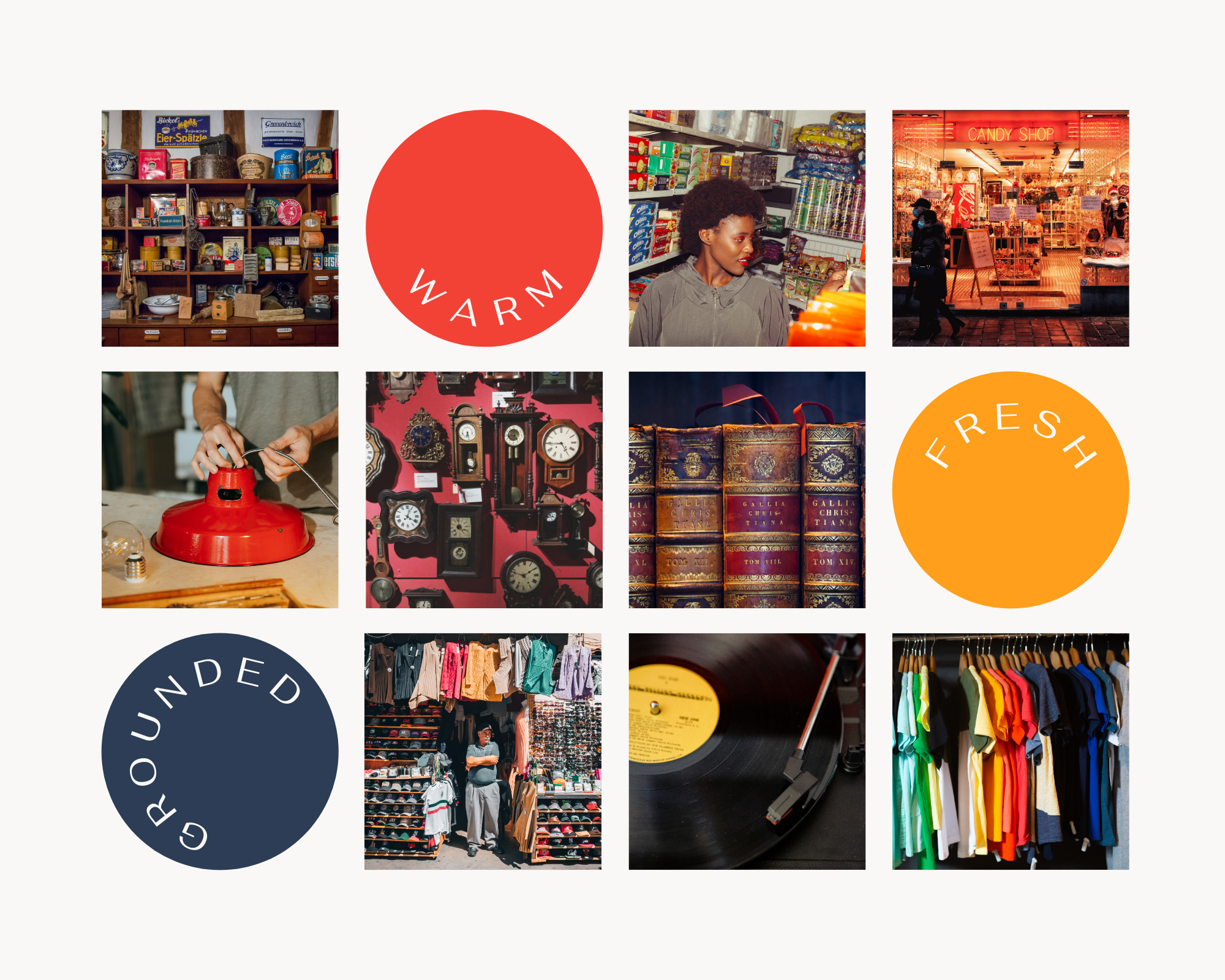 I ran preference testing for two moodboards with participants from my survey and they overwhelmingly chose the style tile below. 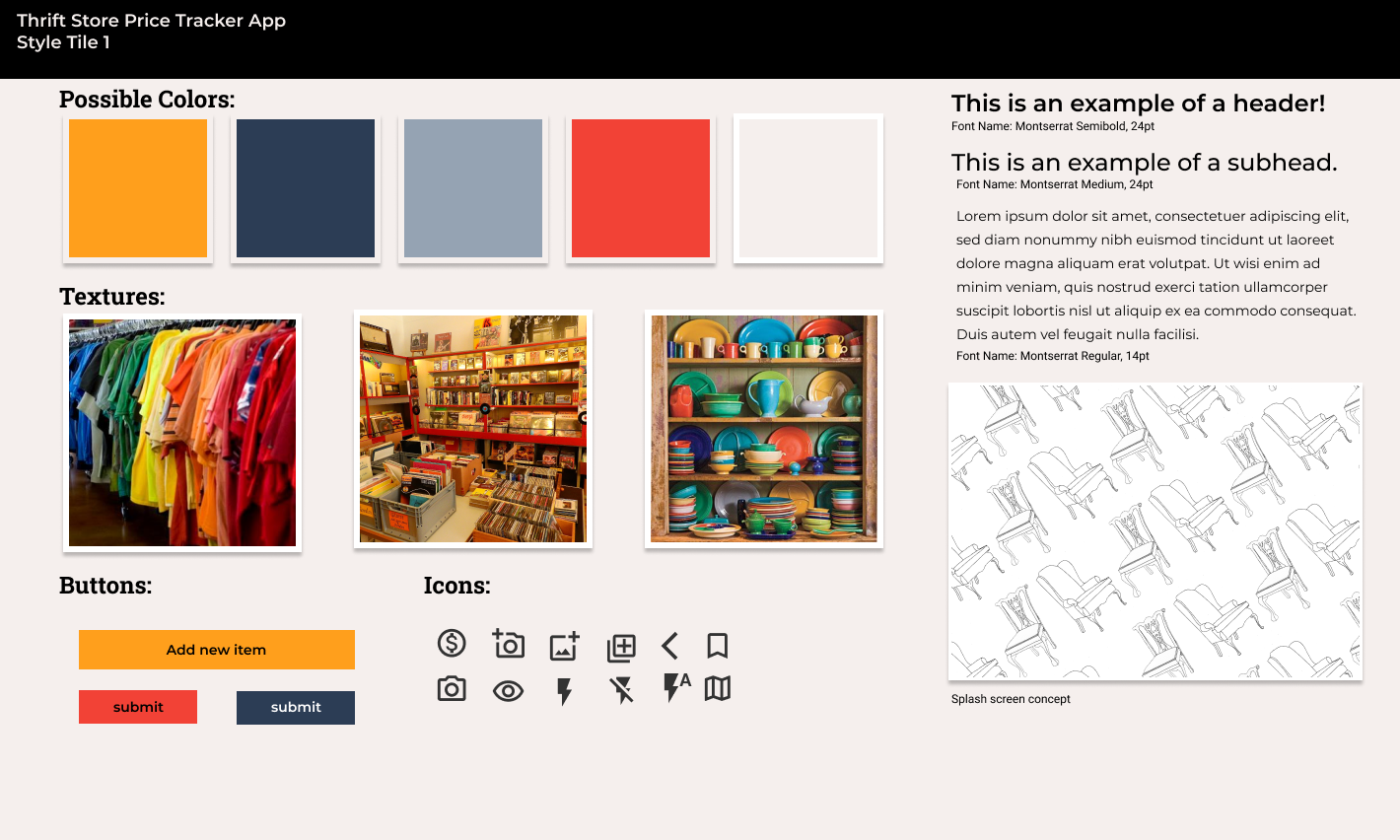 Since the UI features so much rich photographic content, I went with a simple text based logo featuring a fun, vintage inspired font that is bold enough to stand out without distracting from the content.

For the loading screens I created a simple animation based on some of my illustrations of items research participants mentioned searching for. 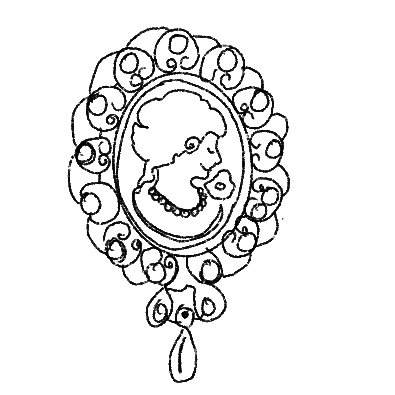 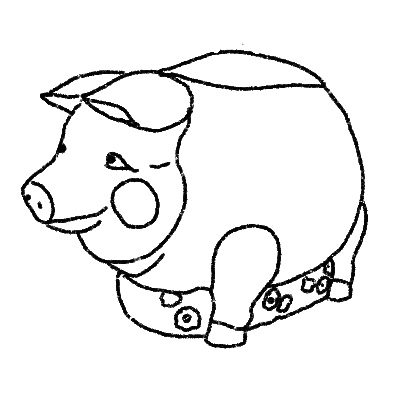 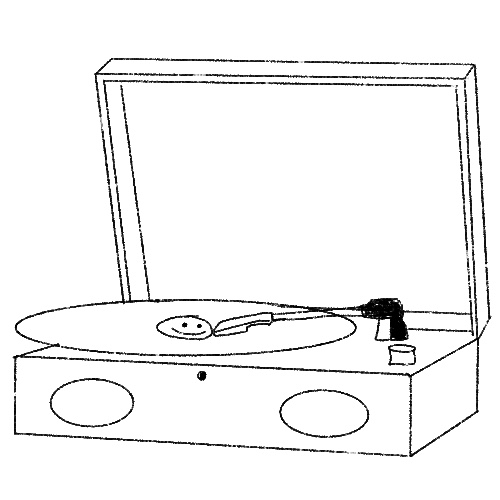 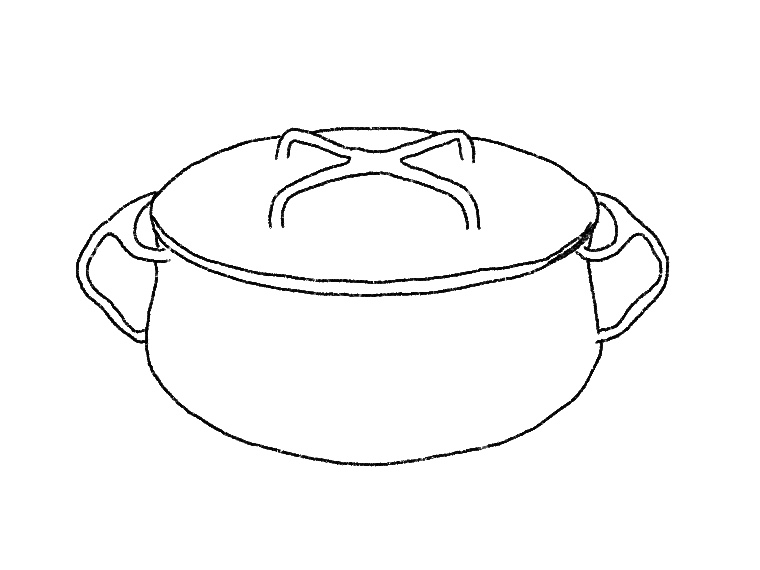 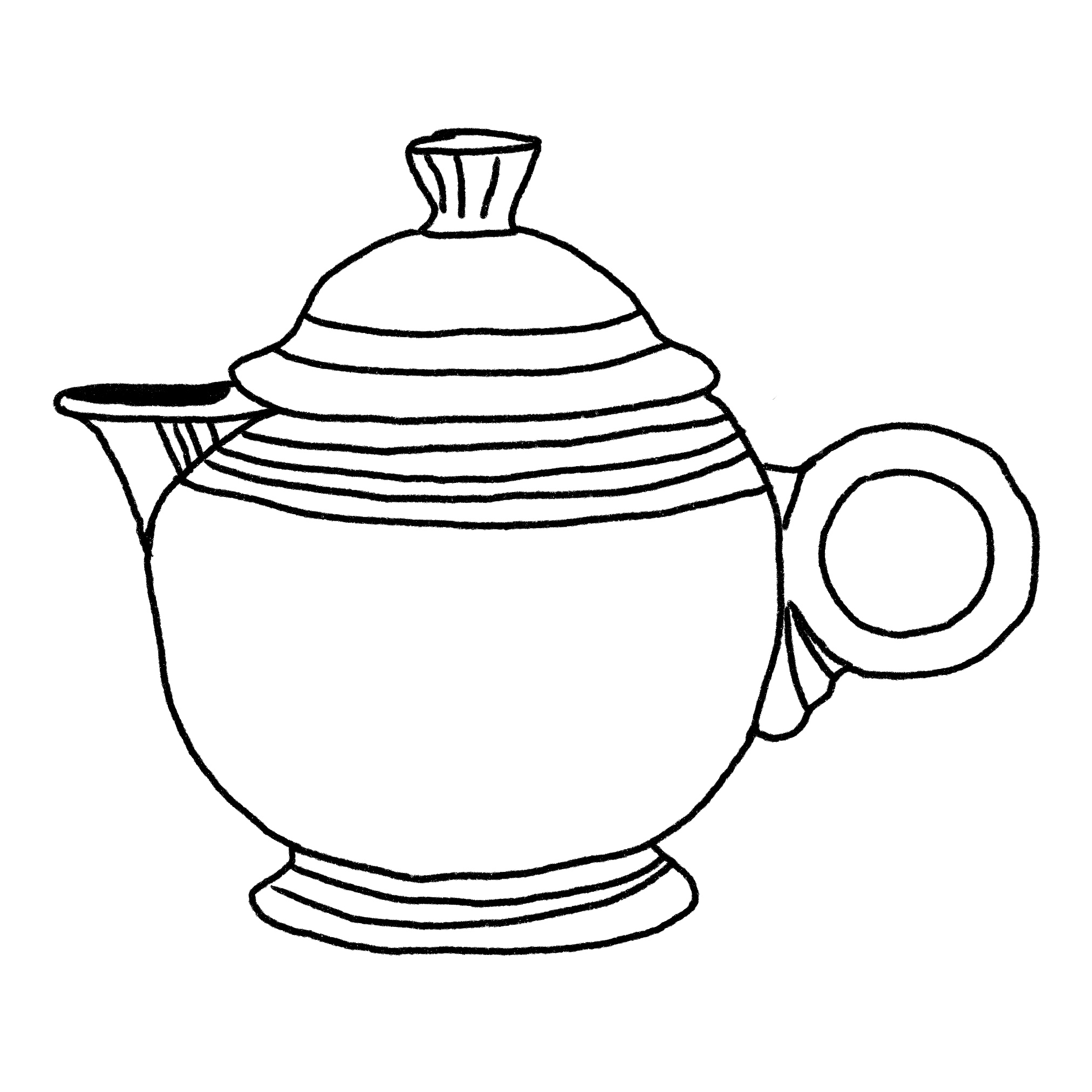 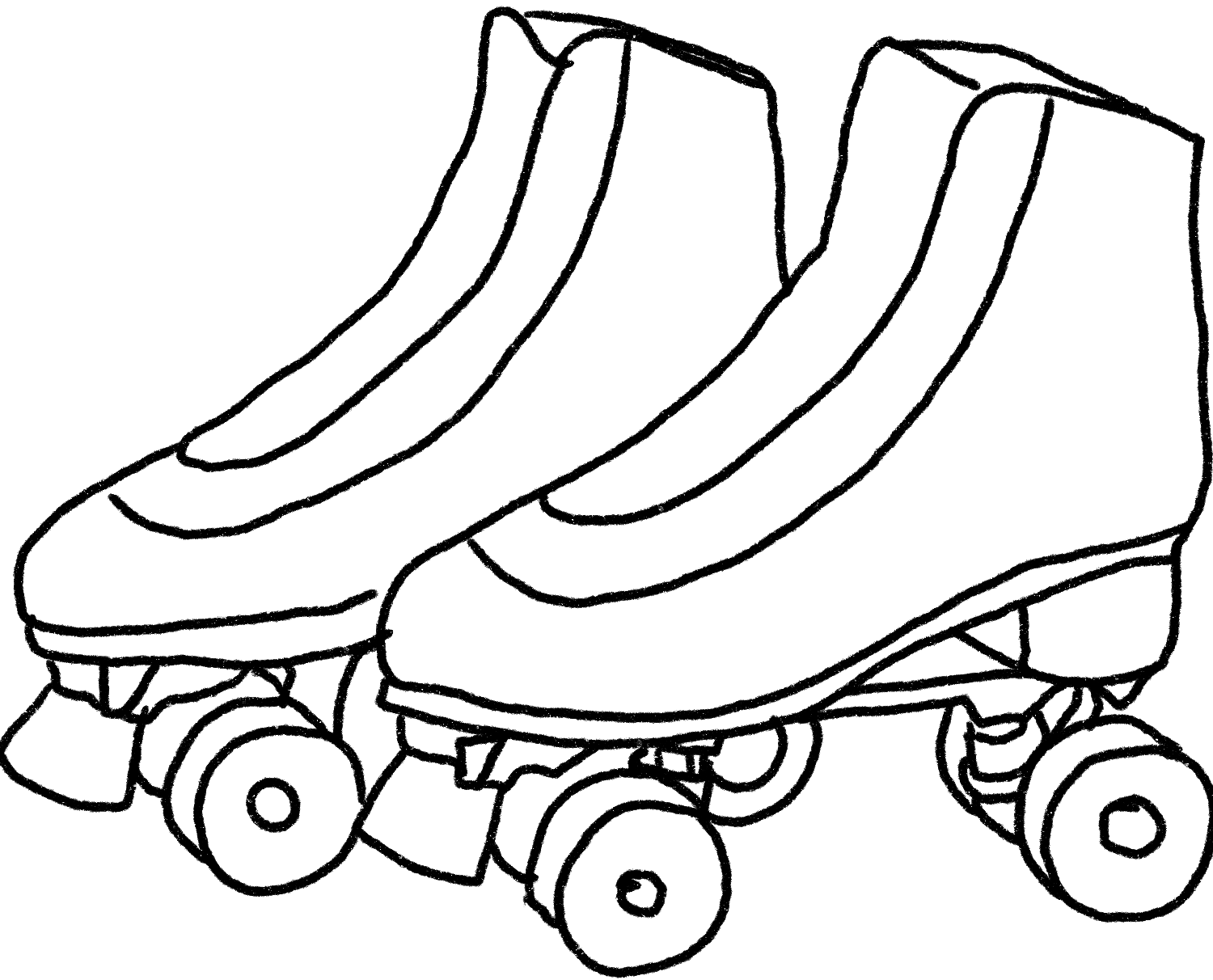 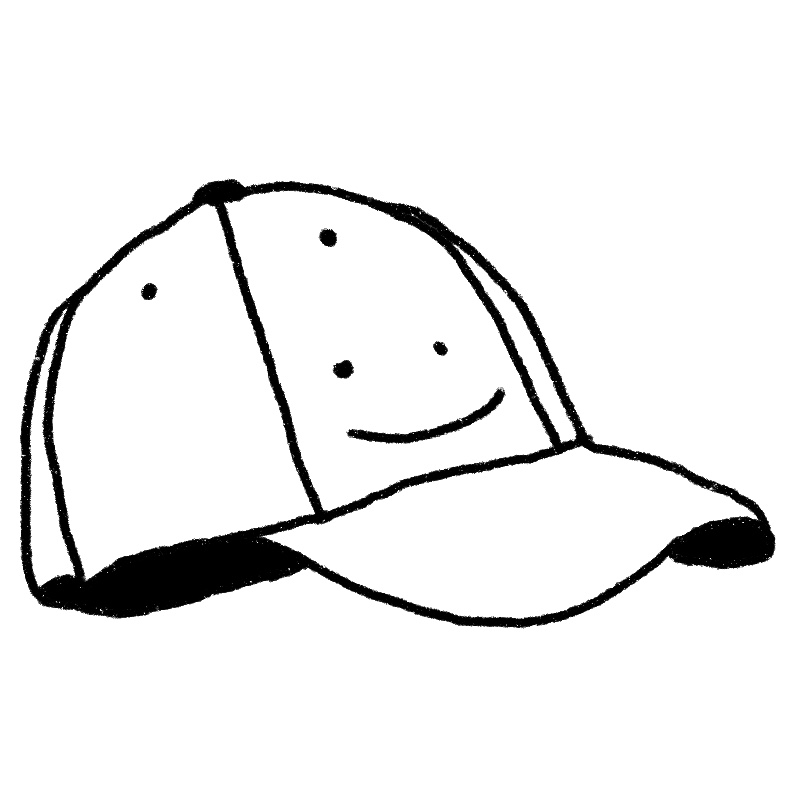 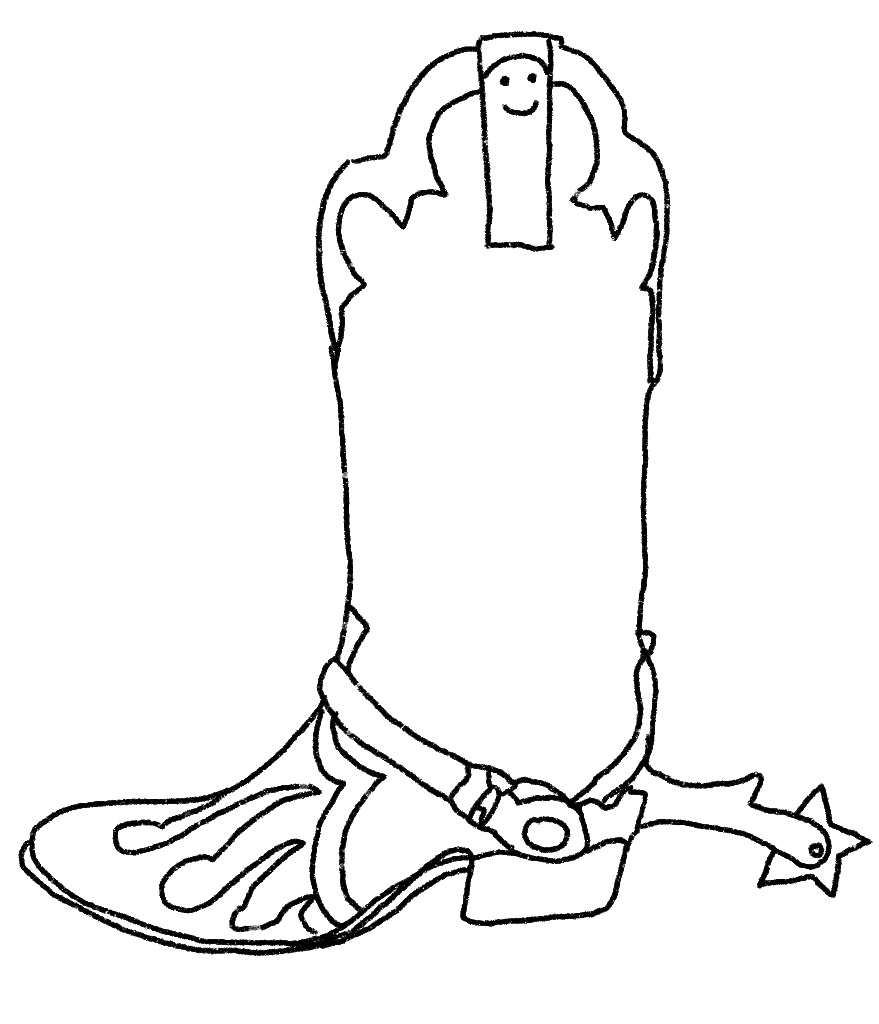 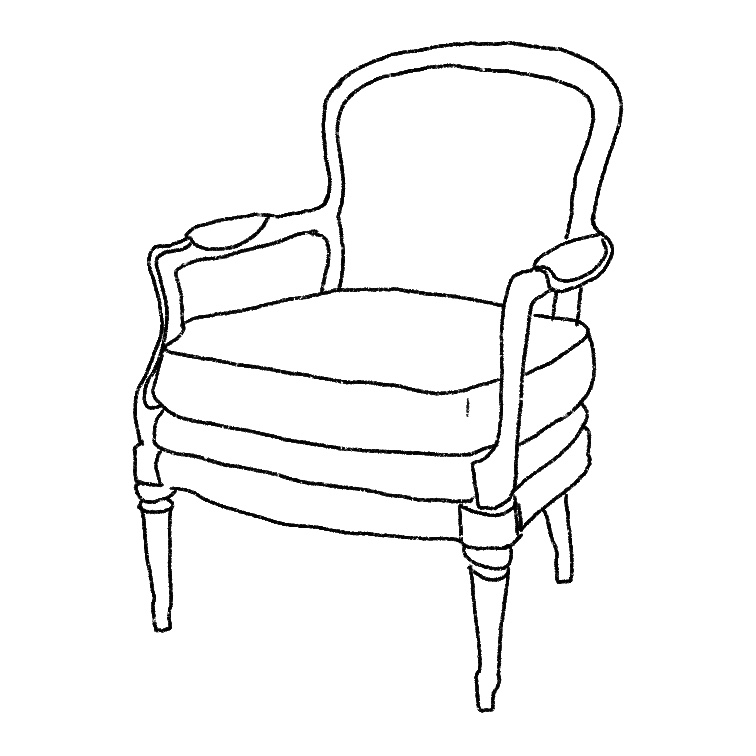 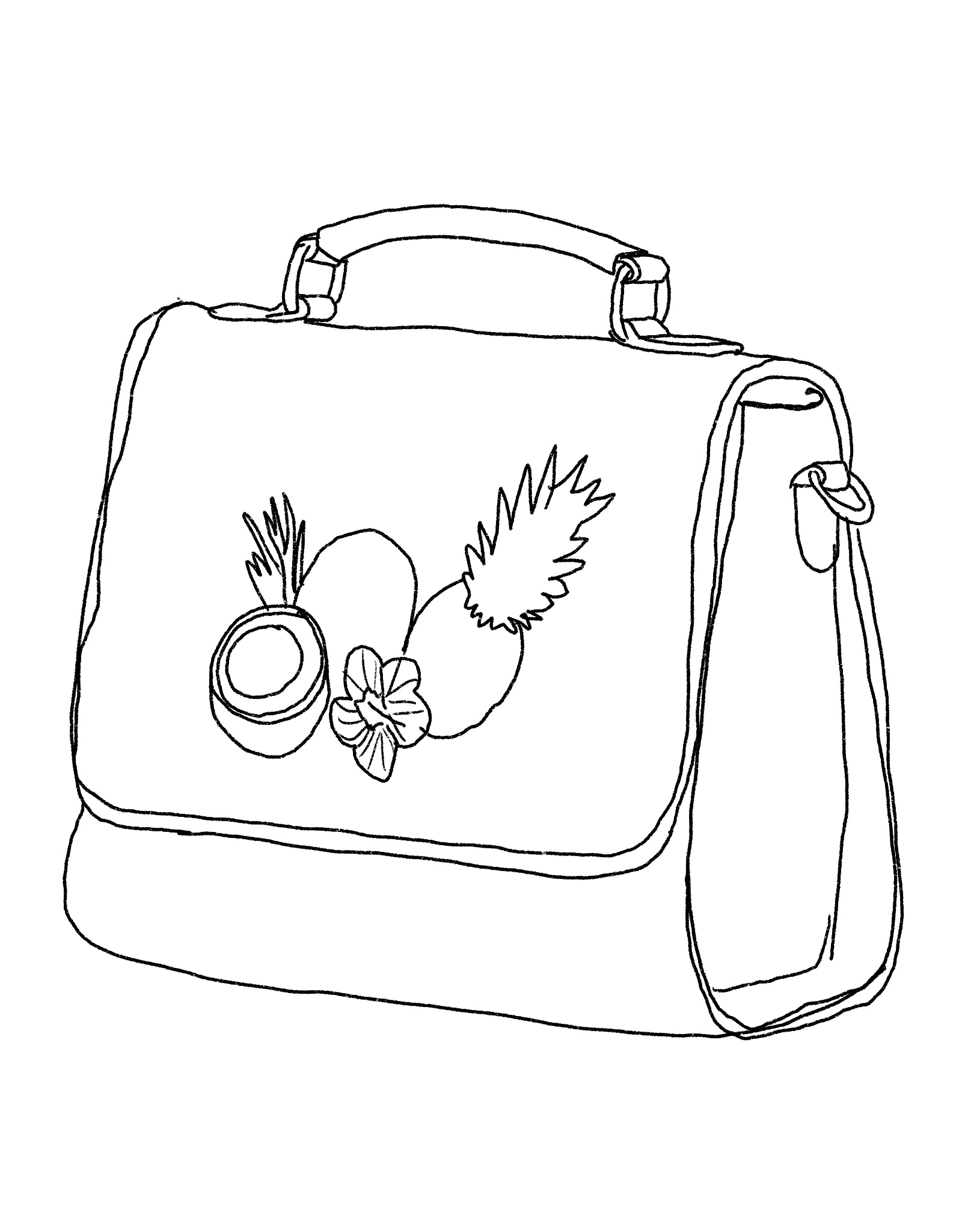 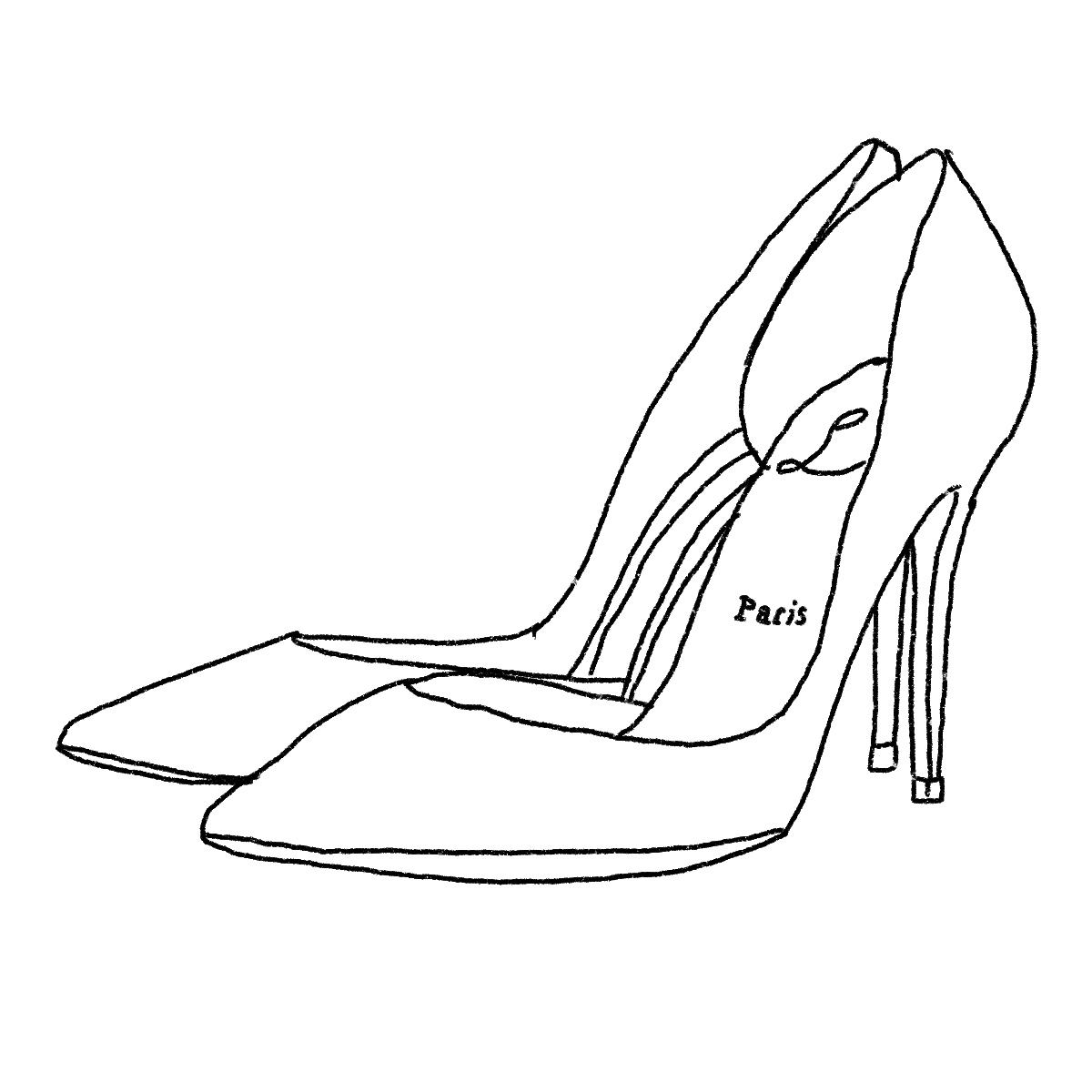 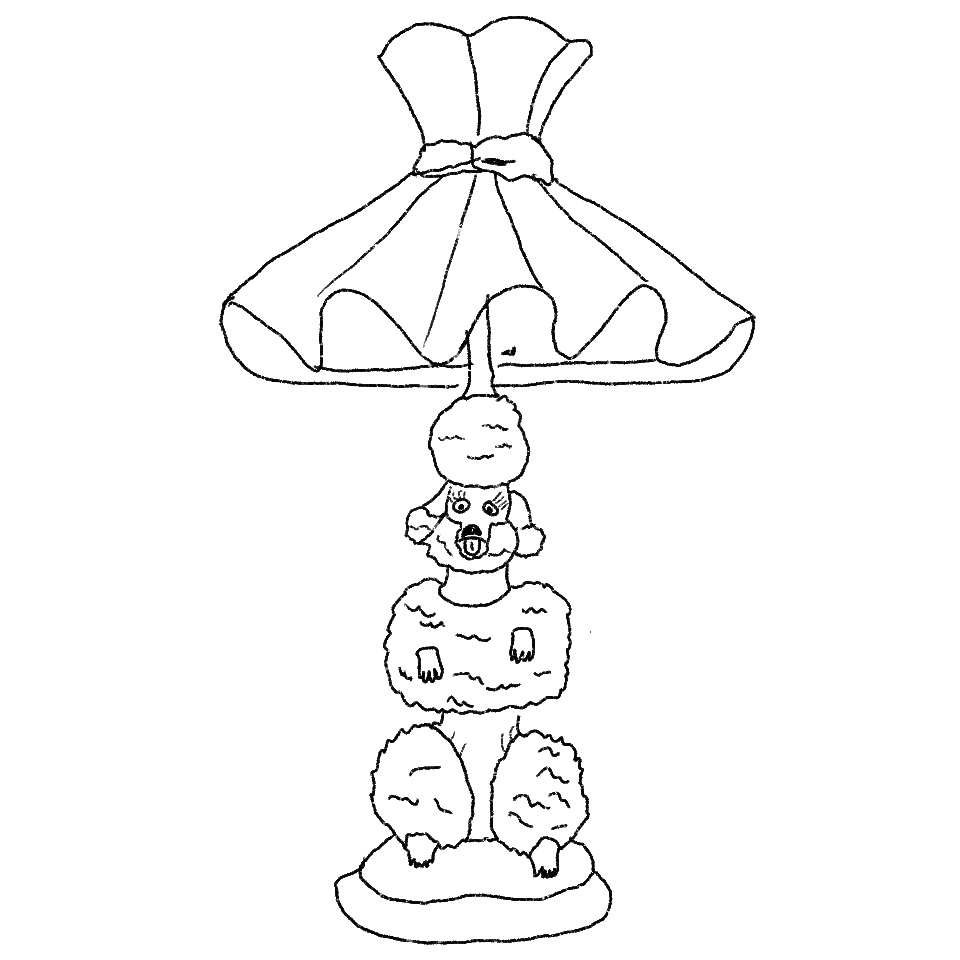 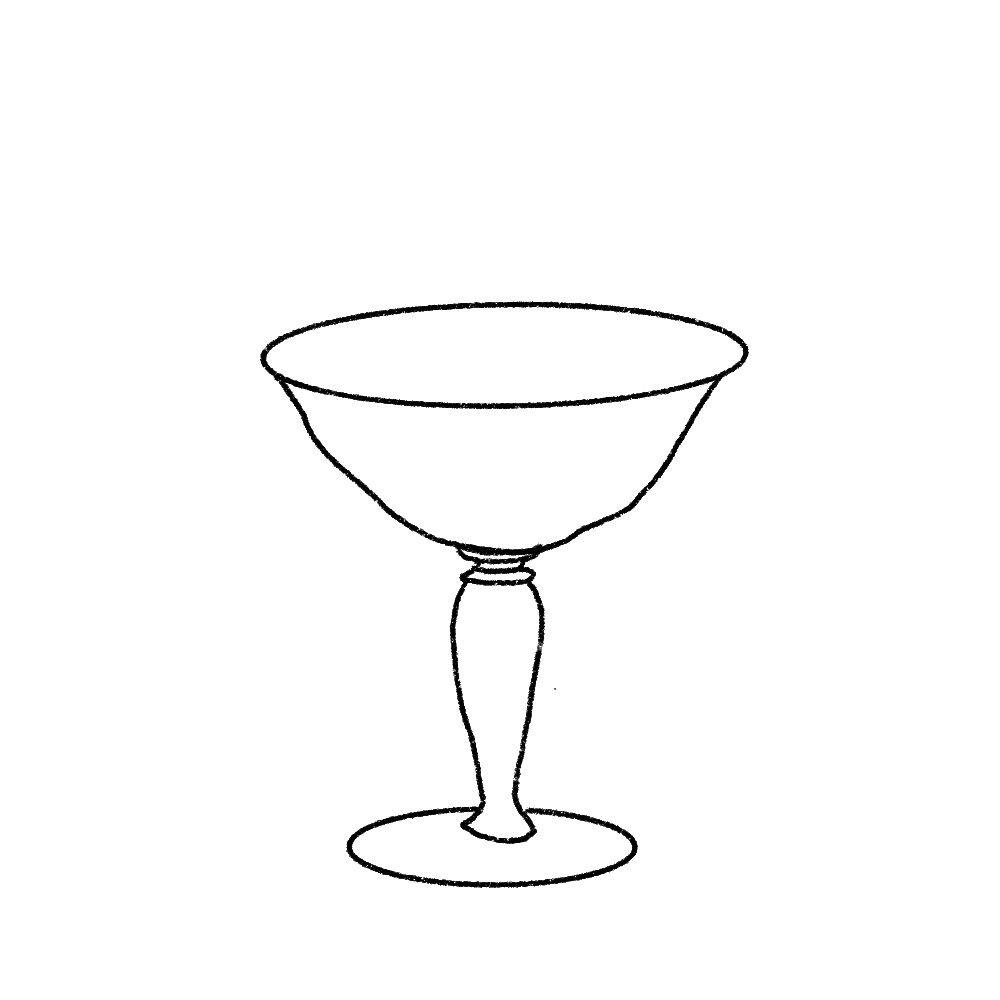 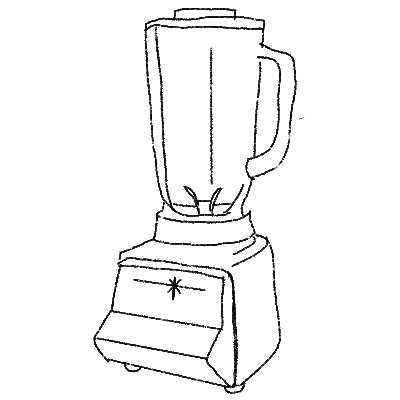 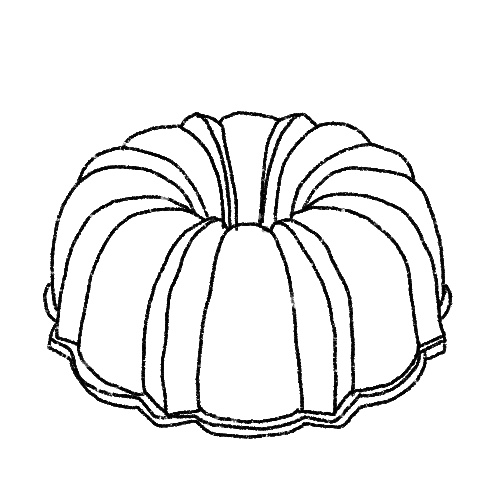 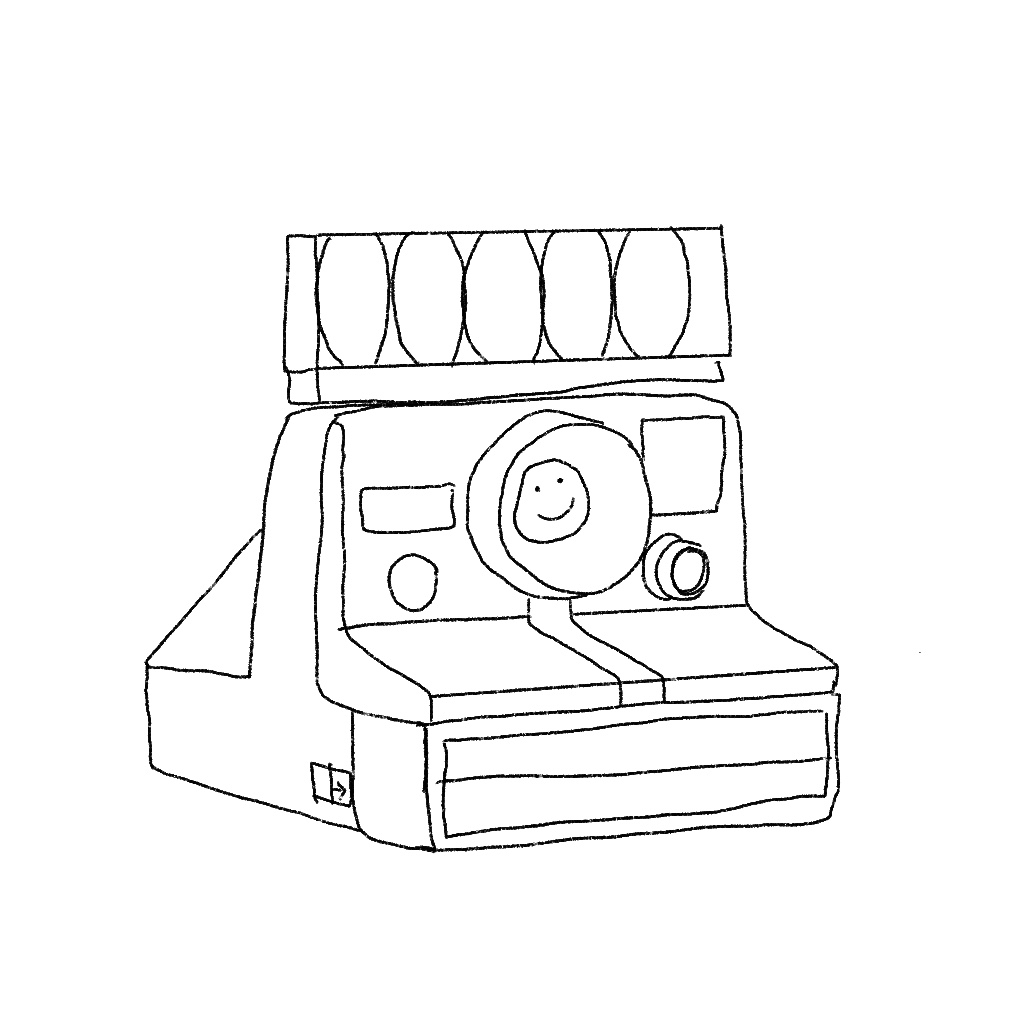 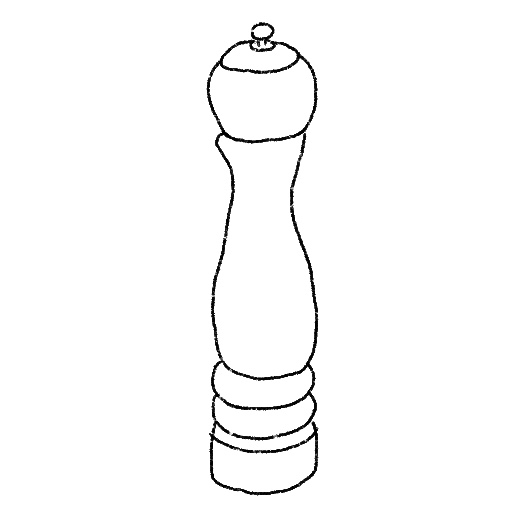 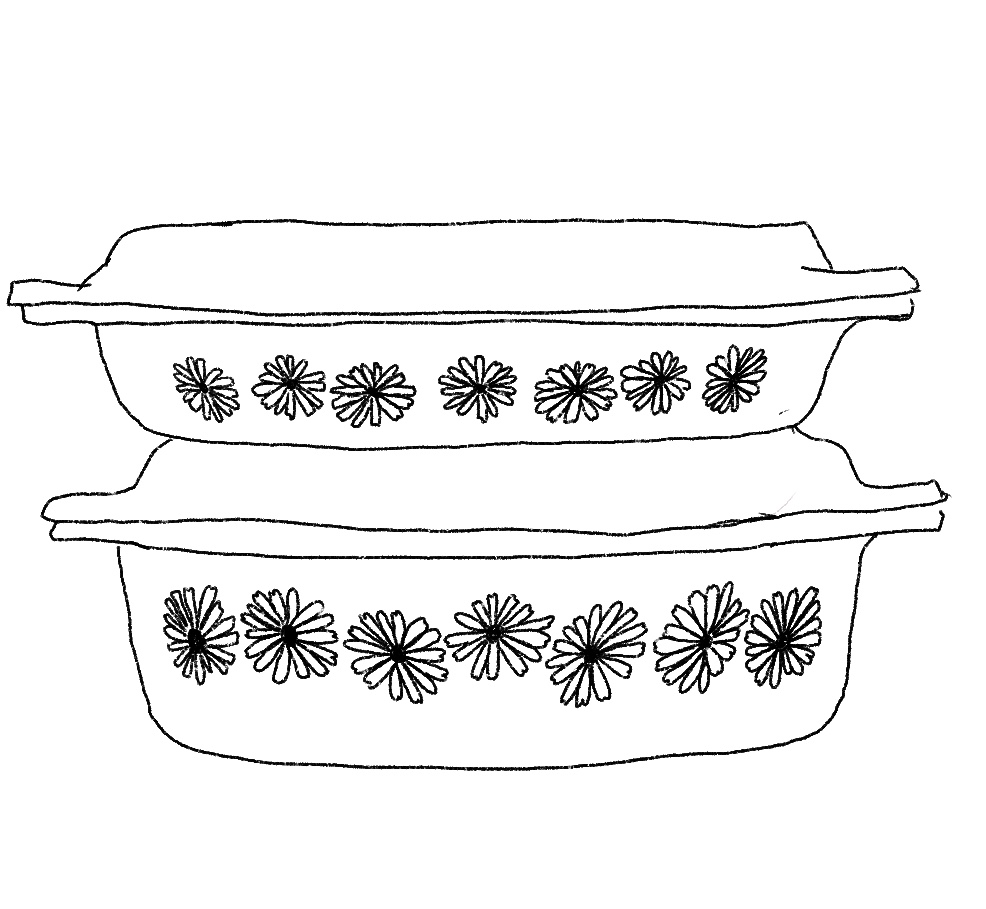 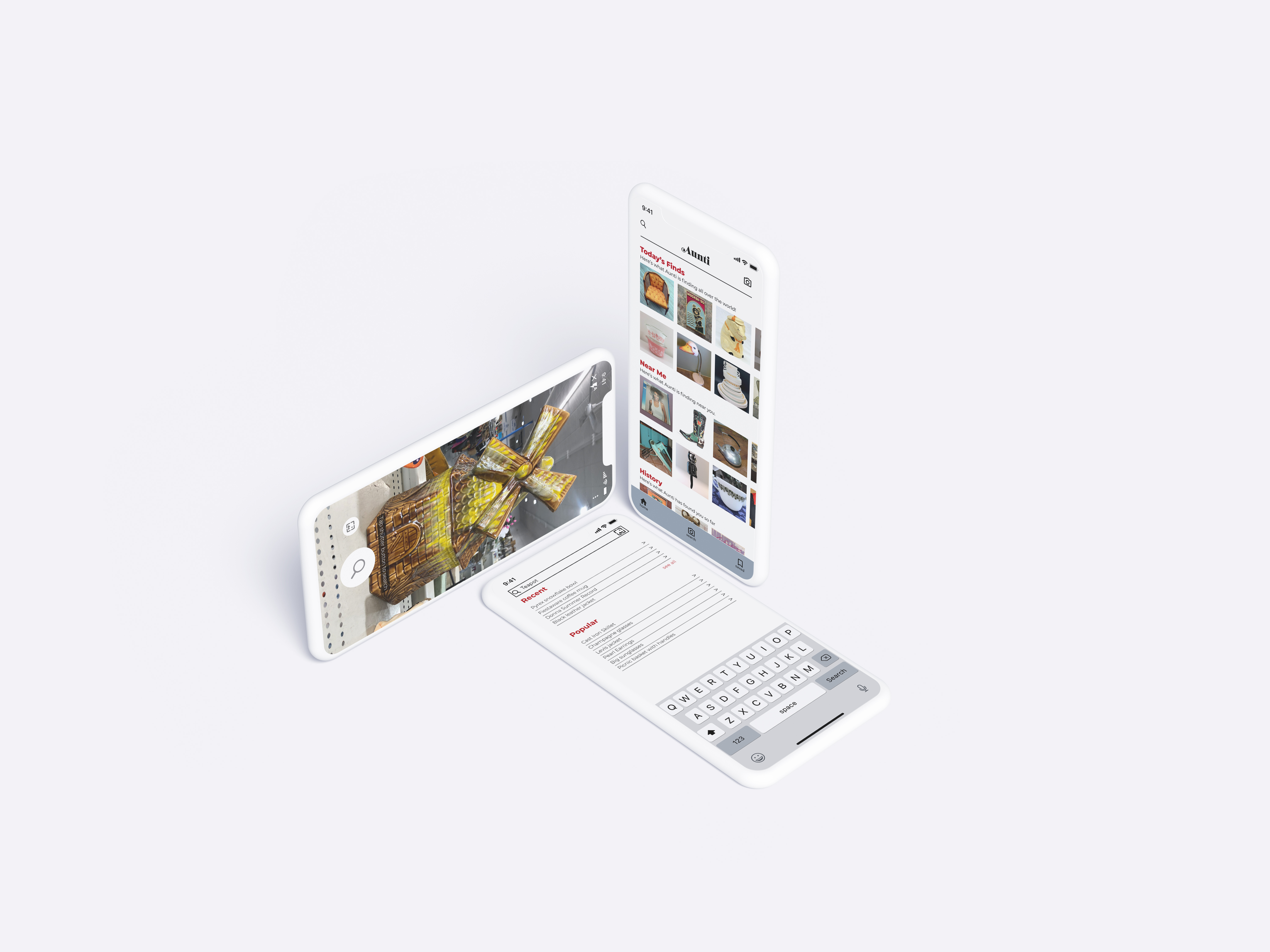 User testing was done via Zoom and with Xd'x prototyping feature. I was most interested in ensuring users could easily complete the following tasks:

Overall my test subjects were able to complete these tasks due to familiarty with similar products, but other aspects of the prototype needed to be addressed.

The initial search bar combined the text and visual search functions into one element, reminiscent of the Google search bar. With these features separated, not only was the UI on the homepage cleaner, but users were able to see that they had two search options.
‍
Testing also alerted me to change the way the footer navigation worked on scrolling pages. Before it was at the bottom of the screen at the end of the scroll. For ease of navigation, it was made sticky at the bottom of the screen independent of the scrolling, which was particularly successful in the search results pages.

This prototype is an embedded Xd file and is clickable. This is the same version used for user testing. 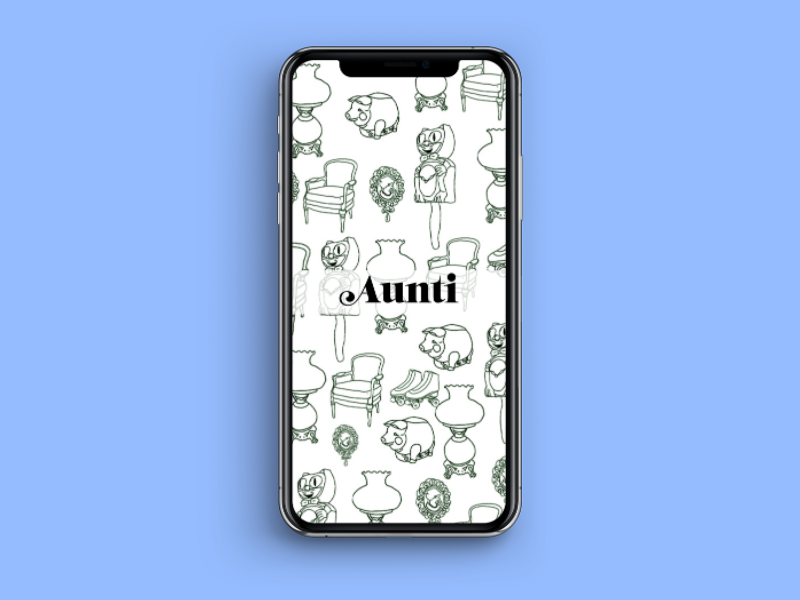 This was a great challenge, and I was excited to have the opportunity to apply much more user research and testing with this project than other projects in the past. Even the breifest testing at every step saved me from wasting my time I was able to stay on scope and deliver a minimum viable product that users enjoyed. I was able to experiment with some simple animations to add user delight and was excited to make a product to solve a problem that I personally have.

I also learned I had a bit of trouble applying the color schemes from my mood board into the final product. Negotiating between the mood board and style tile which are static, and the UI of this app which will feature so many random images was very challenging. Lucky for me that design is such an iterative process.

For the next version of this app, I would want to readjust some of the color scheme as well as perform some A/B testing to test for more than just functionality. In future iterations I want to do more research on ALT text best practices and other ways to make the app as accessible as possible.

Buster: A Bus Tracking App for the City of Detroit

Want to get in touch?
Drop me a line!

Thank you! Your submission has been received!
Oops! Something went wrong while submitting the form.
STEPHEN GREBINSKI
LINKEDINTwitterInstagram